Sometimes, despite your best efforts seedlings germinate into weedy specimens. The seedling has a long stem which can be floppy and altogether looks a bit hopeless. This tends to happen when plants are germinated earlier in the year and is caused by less than ideal growing conditions, usually low light levels or light from one source.

All seedlings will grow towards the light. Early in the year seedlings are often germinated inside, sometimes on a window sill, an indoor porch, or conservatory. The problem here is the light comes predominately from one direction, unlike outside or in a greenhouse where it is 360 degrees.

All is not lost as sometimes this can be salvaged.

What to do about Weedy Seedlings 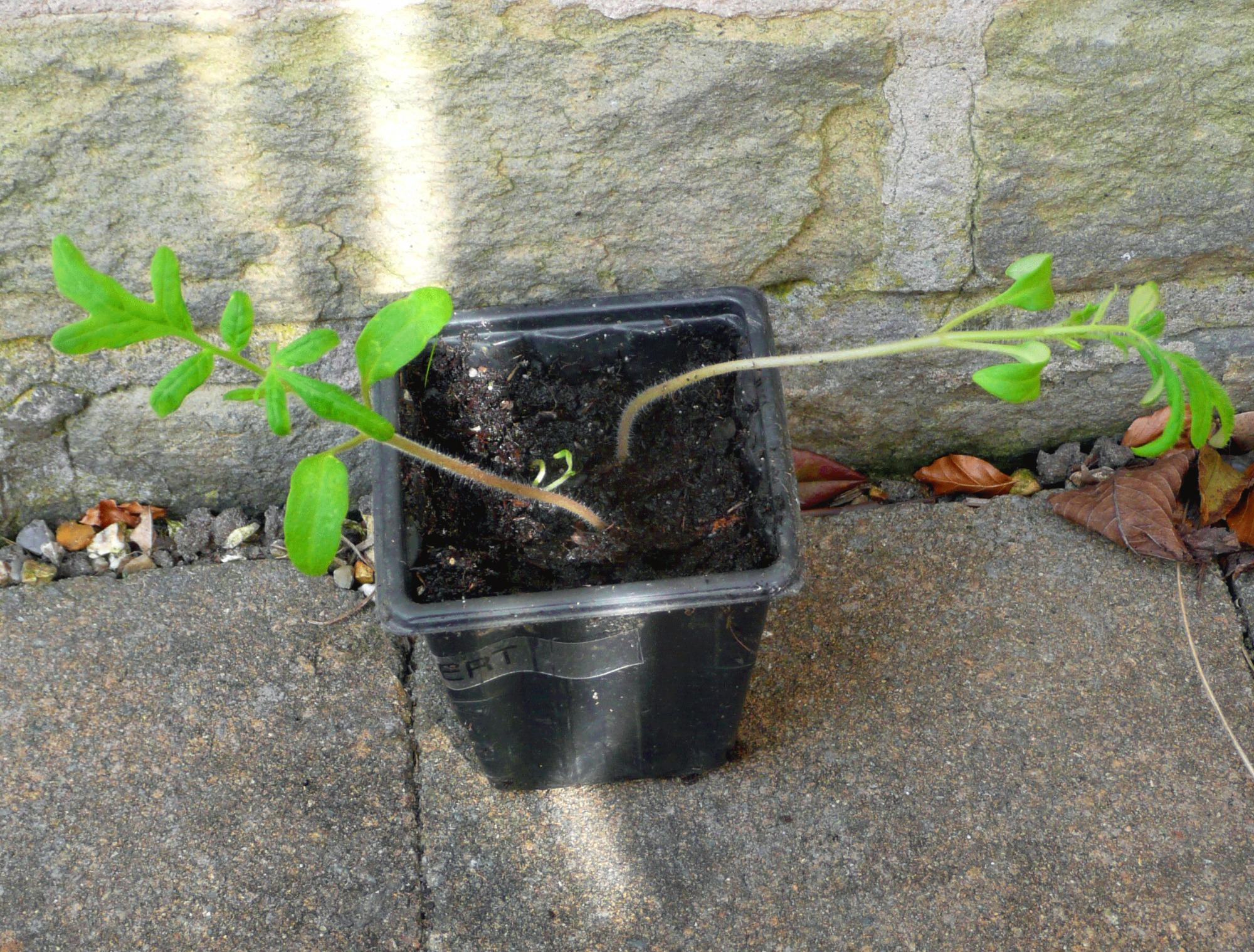 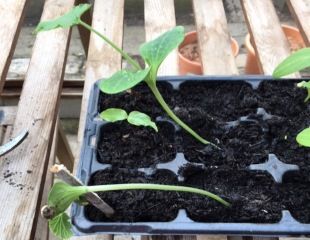 Weedy seedlings have long stems which look a bit thin, and floppy and the first thought is to bin them and start again. It is worth thinking again as it is an effort, and cost to germinate, and disheartening to start again. To  make matters worse some veg seed packets especially the large seeds such as cucumbers and the F1  only have a few seeds

It is sometimes possible to salvage weedy seedlings, and worth a try. Wait until they seedlings are large enough to handle and can be potted on. When replanting the seedling, sink it low into the new pot so that most of the weedy bit is below the soil surface. If you like, bury the mistake and often the seedling with grow on with no obvious problems.

Look at the series of images below.

First image is of the weedy seedling, it's a courgette, and of a size that it can be potted on. Instead of putting it into the shallower pot, which may be the usual choice , second image, (grey pot) select a pot with greater depth. The next 3rd image shows easing the seedling out of the container it germinated in, and its healthy the root system is starting to establish, it is just a bit weedy.

The last image shows the seedlings potted deep into a container with only a little of the stem above the soil and it looks better. Give it a couple of weeks and it should grow on fine, if should it fail you have lost little other than some time and compost.

This method is particularly effective with tomatoes, which plants like to be re potted deep to encourage the root system and almost always grow on well after this treatment. 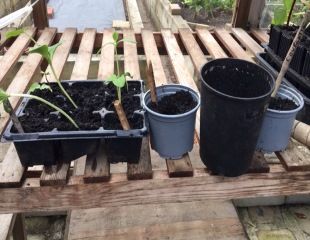 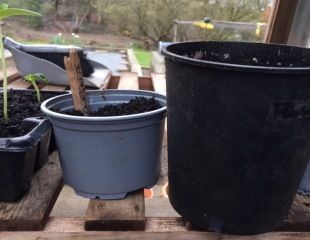 Choose a deeper container for re potting. Not the shallow grey pot but the one on the right with more depth.

Easy the seedling out 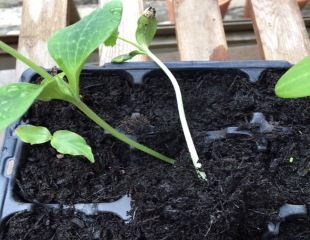 Gently ease the seedling from its container, handle by the leaves not the stem. 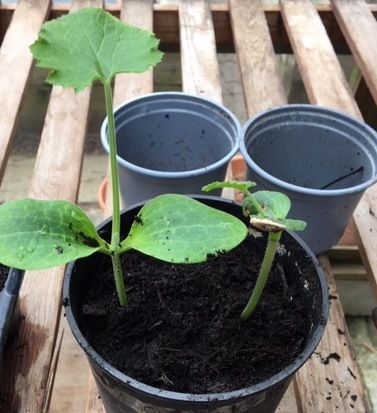 Here is the final product. The courgette seed has been re potted, deeper into the container much of the weedy stem has been buried and it should grow on into a study plant.