How to Grow Winter Flowering Honeysuckle 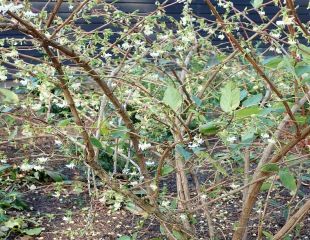 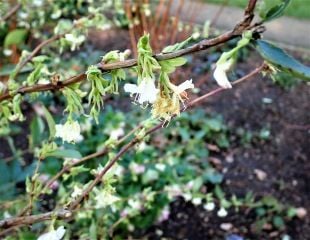 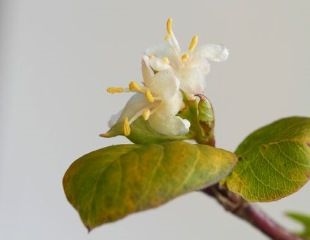 It will grow in full sun and semi shade. When planting Winter flowering Honeysuckle to enjoy the perfume  it is often best near a back door or a path, where the scent can enjoyed as in winter we may not stray so far out into the garden.

The images above show a close-up of the flowers in bloom spotted in February. The first image shows that the shrub itself doesn't amount too much,  but the scent of the flowers is heavenly and I can honestly say is one of the best.

Winter flowering honeysuckle blooms from mid December and through to March with small creamy white, highly scented flowers.  L fragrantissim does not generally require pruning, although it's size can be checked by pruning. The best time to do this is after flowering around late March/April and about a third of shoots can be removed, if required.

It will grow on any soil type provided it is reasonably well drained.

It is deciduous  and the flowers appear on bare stems after the leaves have fallen.

It tends to look a bit inconspicuous after it has flowered.