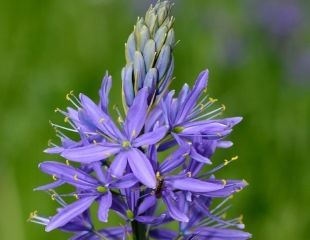 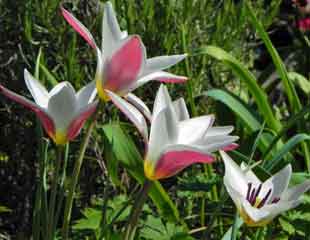 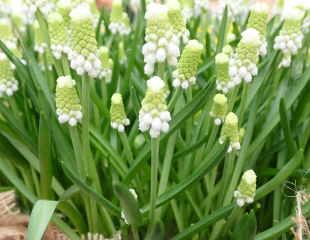 Should I dead head bulbs?

Dead heading bulbs after flowering, that is removing the spent flower heads only, ( not the leaves,)  directs the plant's energies back into the bulb to make next year's bulb. It is a good idea to dead head daffodils but not all spring bulbs, see below. Remove only the flower head and no more.

Can I remove the old foliage after flowering?

The spent foliage on daffodils can look messy, but it should not be removed, or knotted, as the foliage is needed to make a good bulb for the following year. The RHS recommend 6 weeks between flowering and foliage removal for daffodils and other spring bulbs. Other bulbs such as Fritillaria meleagris (snake's head fritillary) and Galanthus (snowdrop) which will self seed are best not dead headed to allow the seeds to form and be distributed.

Should I feed spring-flowering bulbs?

Yes, but not when they are in flower; earlier when the shoots first appear. If growing bulbs in containers include slow release fertiliser in the potting medium.

Why didn't my bulbs flower?

This happens sometimes, and it's disappointing not to get the spring show you were expecting. This can occur for several reasons  check out why bulbs don't flower.

Planting snowdrops 'in the green'

Some bulbs can be more difficult to establish, such as snowdrops, Galanthus and an easier (although more expensive method) is to plant them 'in the green' which means to buy and plant snowdrops in flower, or just after flowering. If planting in the green, Snowdrops should be purchased and transplanted as quickly as possible, watered well and if they show signs of distress such as wilting, remove some foliage. Planting this way can be as good an alternative to buying bulbs in the Autumn. More information about planting and growing Snowdrops.